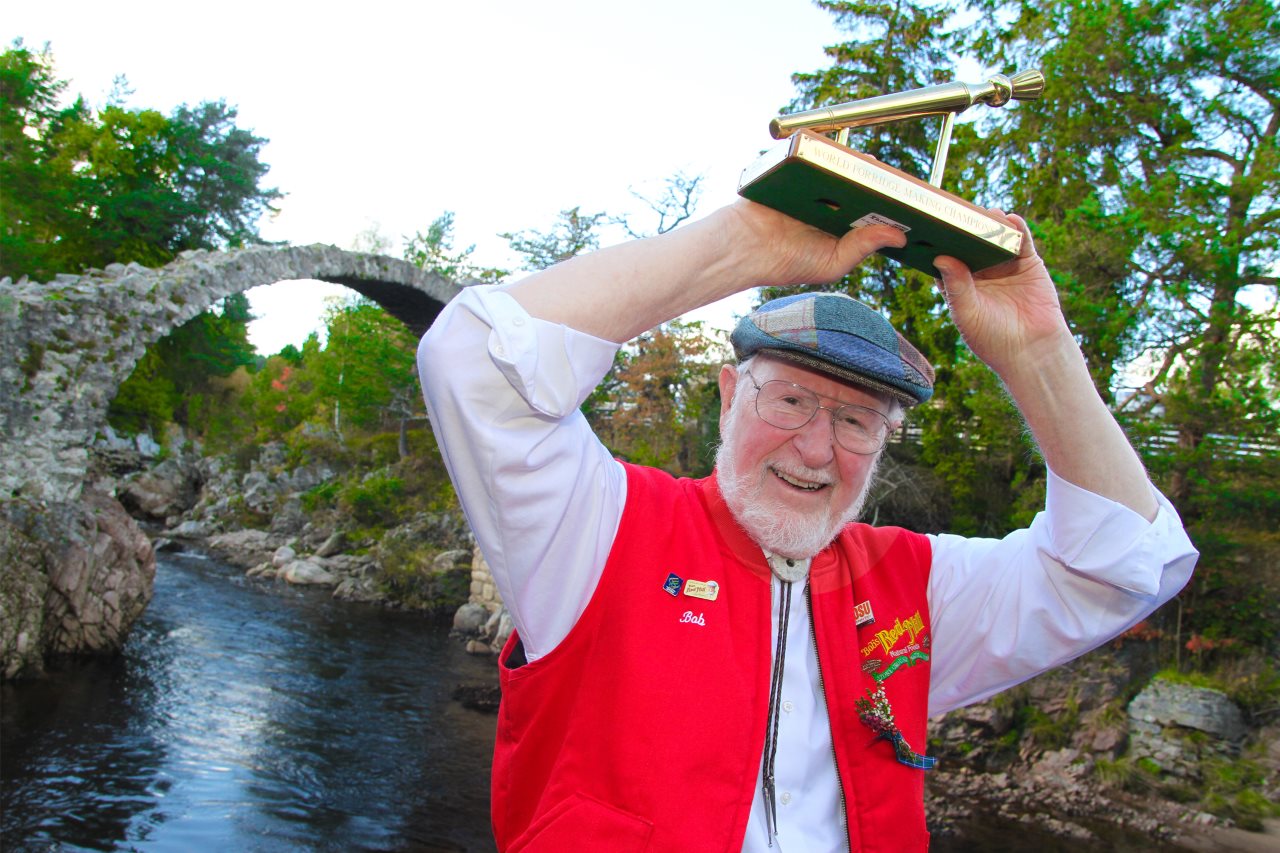 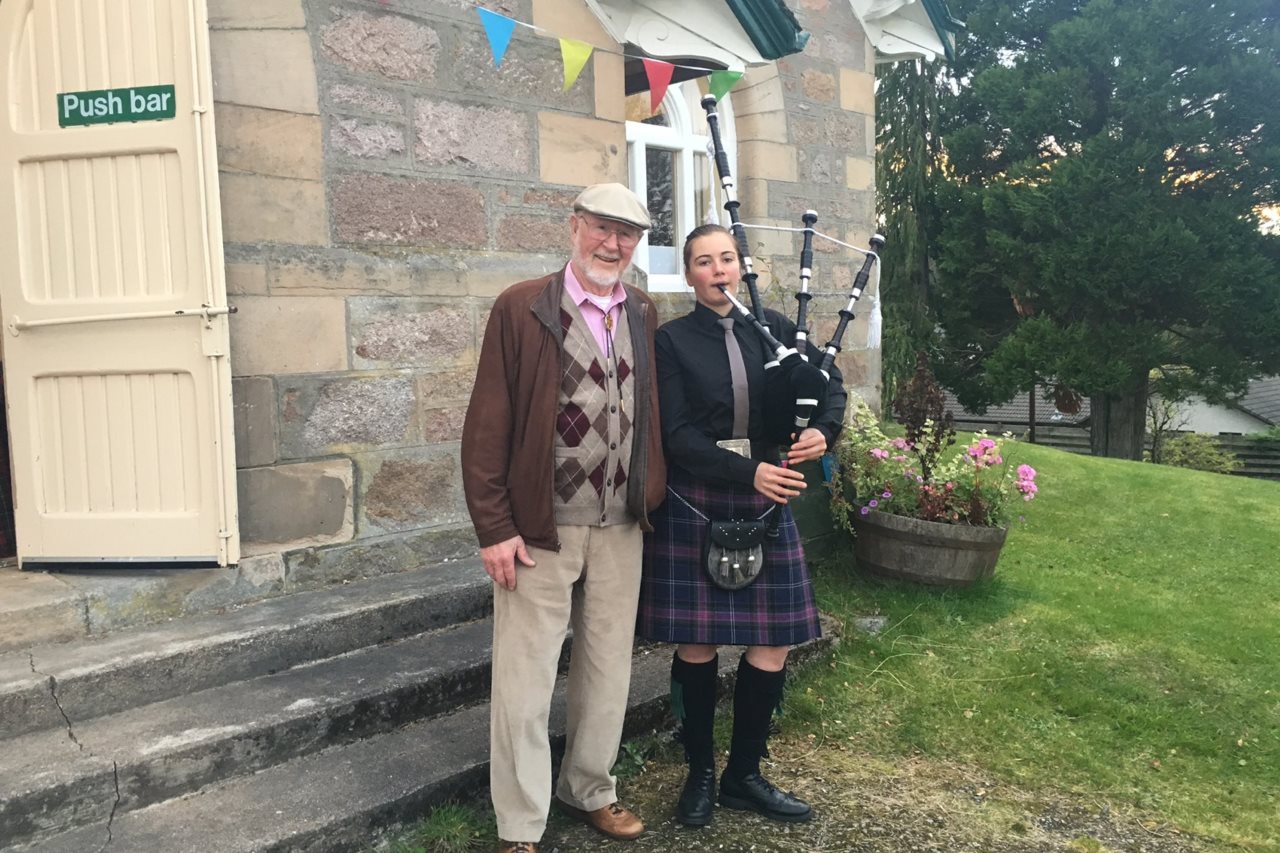 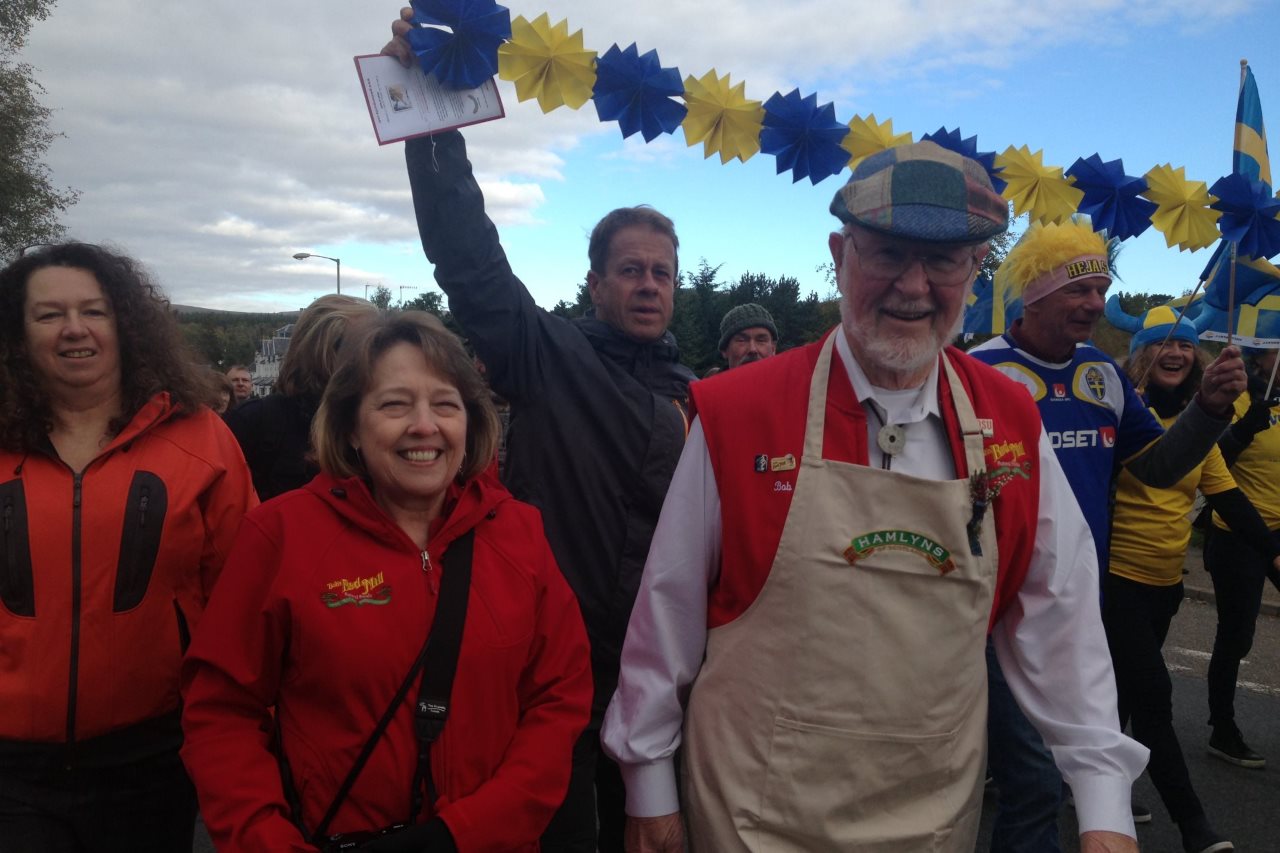 Like any motivated competitor, Bob Moore, our founder and inspiration behind all we do at Bob’s Red Mill, spent the months leading up to the 23rd Annual Golden Spurtle World Porridge Making Championship perfecting his porridge-making technique. Though we have participated in the prestigious competition since 2009 and have brought home two world titles, this is the first time Bob threw his own hat in the ring, and he wanted to be ready (and let’s face it, he wanted to win).

All of his hard work paid off on Saturday, October 8, as Bob, cooking with our Steel Cut Oats, won the world championship and the coveted Golden Spurtle, awarded to the maker of the best traditional porridge using only oats, water and salt (a spurtle is a traditional Scottish cooking implement used to stir porridge). Suffice to say, he was ecstatic over the victory.

"I can't even begin to express how meaningful winning the Golden Spurtle is to me personally," our 87-year-old president and CEO, said from Scotland. "I've dedicated my entire life to promoting the benefits of whole grains—and, in particular, oats. So to capture this world championship really feels like a pinnacle moment."

The Golden Spurtle World Porridge Making Championship takes place every year in the Scottish Highlands village of Carrbridge. Bob's Red Mill first competed in 2009, not only becoming the first American contestant ever to do so, but also capturing America’s first Golden Spurtle. Bob's Red Mill found success again in 2012, this time winning a championship in the Specialty category that allows for the use of ingredients beyond oats, water and salt.

To prepare, Bob practiced making porridge—using Steel Cut Oats and a handcrafted Oregon myrtle wood spurtle—for months, sometimes in the Bob's Red Mill test kitchen and other times at the Bob's Red Mill Whole Grain Store, Restaurant & Bakery in front of customers. On Saturday, Moore bested 17 competitors from around the world in what the event organizers called a "hotly contested" battle.

"I can't wait to return home to celebrate with my team," Moore said.