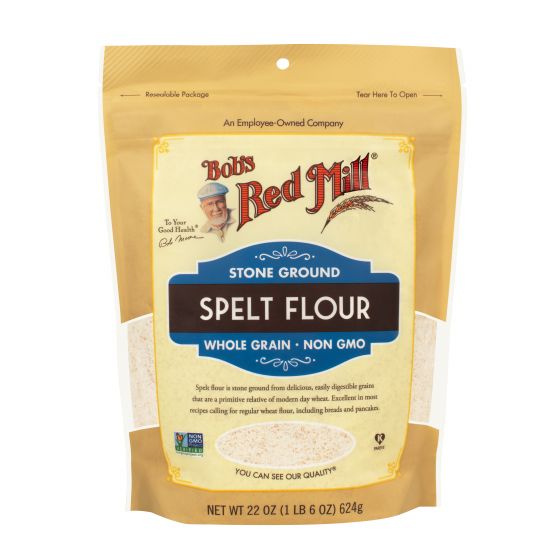 Whole Grain
Vegan
Spelt Flour is 100% stone ground from a delicious, easily digestible ancient grain that is a primitive relative of modern wheat. This whole grain flour can be used in most recipes calling for all purpose flour or whole wheat flour, including bread, cookies, muffins and waffles. Spelt flour is also a good source of fiber.
Nutritional Information & Ingredients

Store Finder
Why Customers Chose Spelt Flour
Description
Spelt flour has a mild flavor that is nutty and slightly sweet. The light texture means your baked goods won’t be heavy or dense, making whole wheat spelt flour a welcome addition to all kinds of recipes. Because it is part of the wheat family, spelt flour does contain gluten, but some people with a wheat allergy or gluten sensitivity report that wheat flour made from spelt grain is easier to digest.